I’ve been eating way too many beef burgers lately, mostly cheeseburger Happy Meals at McDonald’s whilst I try and chase their current Pokemon Card promotion or Bacon Deluxe medium meals for $6 on the Hungry Jack’s App. I don’t get KFC as often as the two KFC restaurants near me are far less convenient and further away. So it’s safe to say that when I saw that Hungry Jack’s in Australia had introduced what is effectively a KFC Original Recipe Burger called the Jack’s Fried Chicken, I was excited.

It’s fascinating to see that after making a superior version of McDonald’s landmark burger the Big Mac, Hungry Jack’s is at it again taking on KFC’s Original Recipe and potentially also Zinger Burgers. Whilst the Big Jack is 25% than a Big Mac, the Jack’s Fried Chicken range is said to be 40% bigger than KFC’s standard offerings.

When introducing a new major ingredient to your menu, in this case being the new fried chicken fillet, it’s best to get the most out of it. So Hungry Jack’s has released 4 variations of its new burger.

These are combinations of mayonnaise or Signature Spicy Sauce with or without cheese and bacon. Whilst KFC has two different flavours of breading on its chicken fillets with its original 11 herbs and spices on its Original Recipe burger and its spicy Zinger burger, Hungry Jack’s is controlling its spiciness via sauce.

The pricing of Hungry Jack’s always appears to vary from store to store, it seems that franchisees get some sort of say in their pricing. I’ve even seen a Hungry Jack’s in a food court somewhere that added extra to its prices on either Sundays or Public Holidays many years ago. This makes researching pricing a little harder, especially since pricing will also vary for both restaurants depending on which app you use to order it. As a result, I’ll be using my local Werribee Hungry Jack’s and its online app menu pricing as my baseline, so your prices may vary. 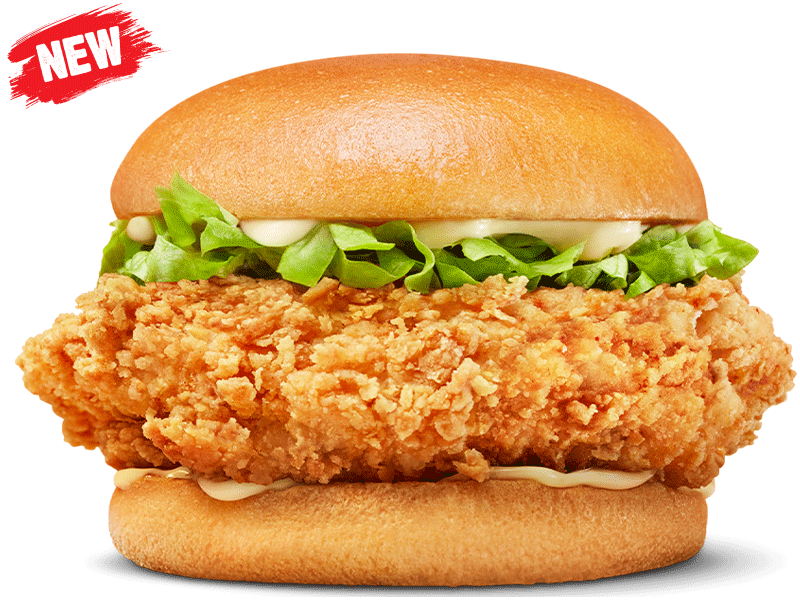 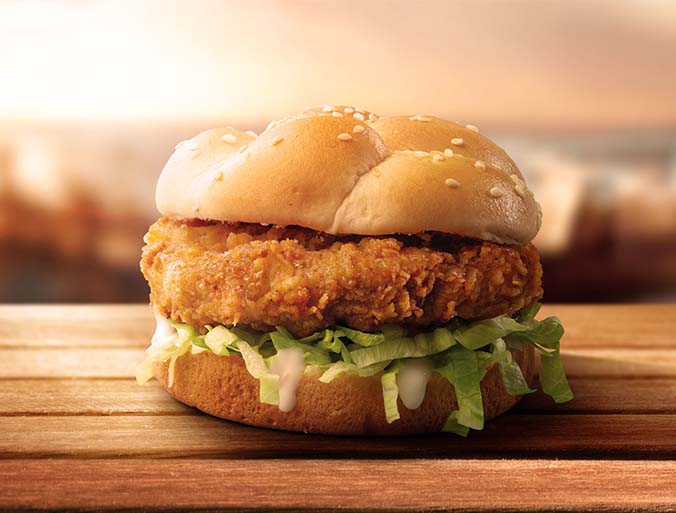 “100% breast chicken fillet coated in our 11 secret herbs and spices and freshly prepared with crisp lettuce and mayo on a sesame seeded bun.” 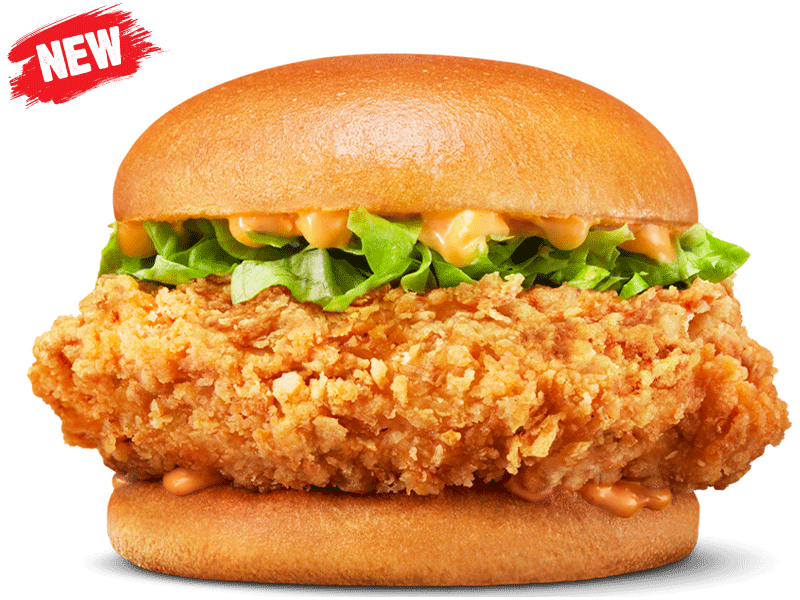 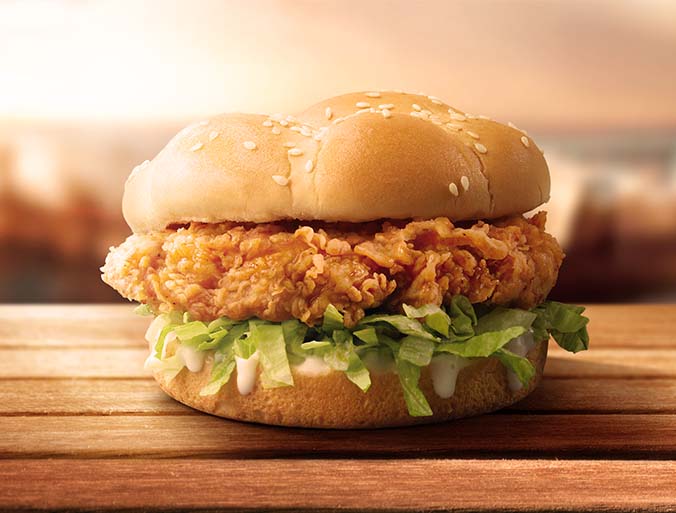 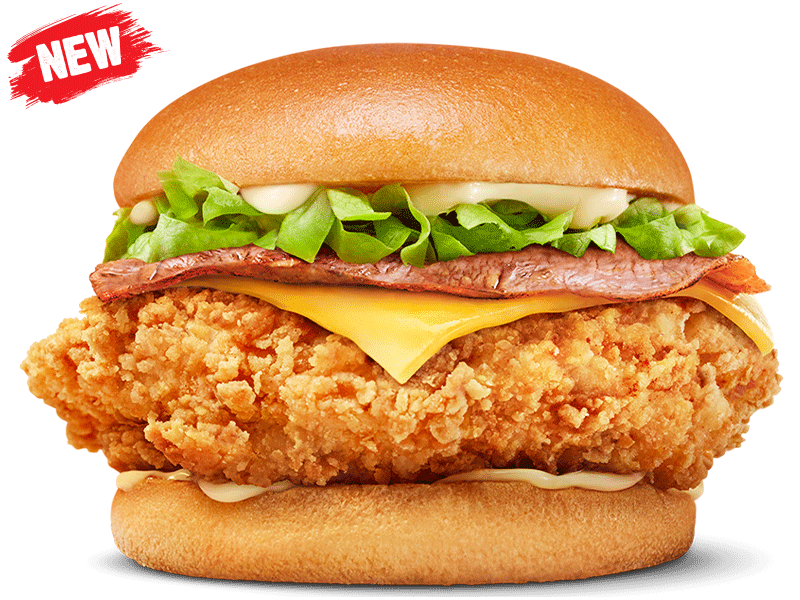 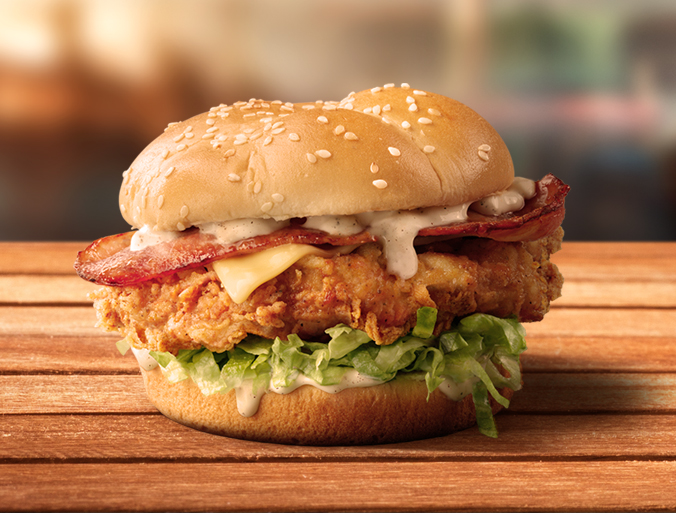 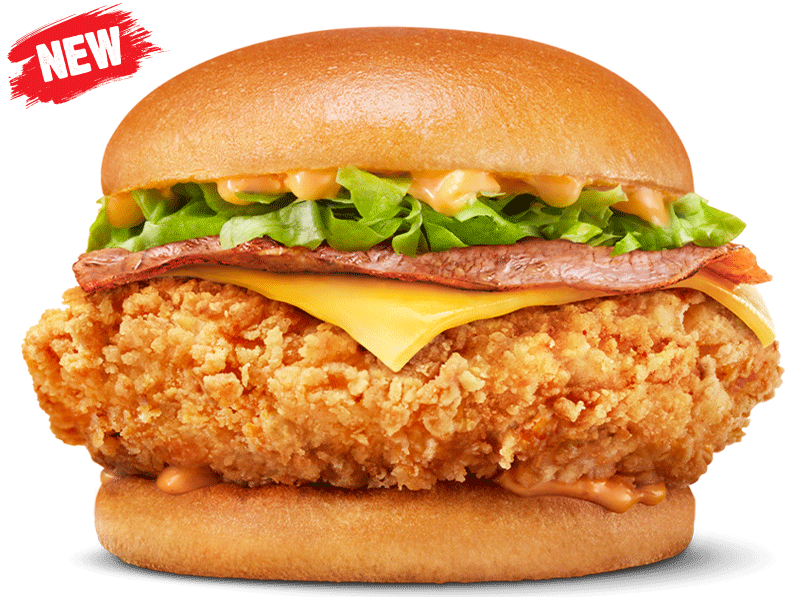 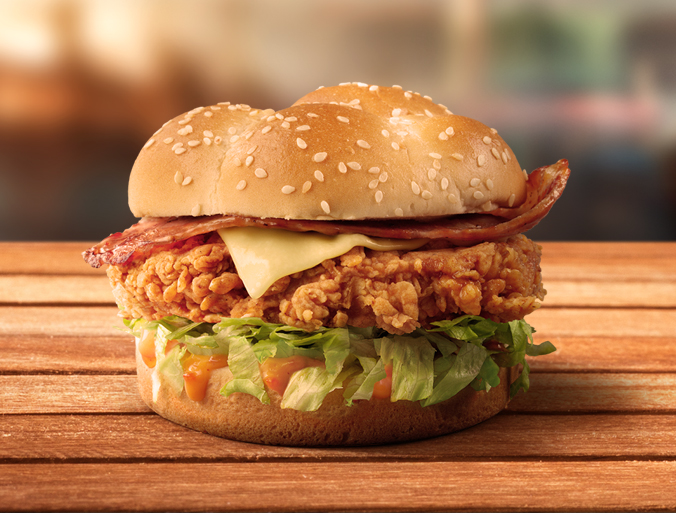 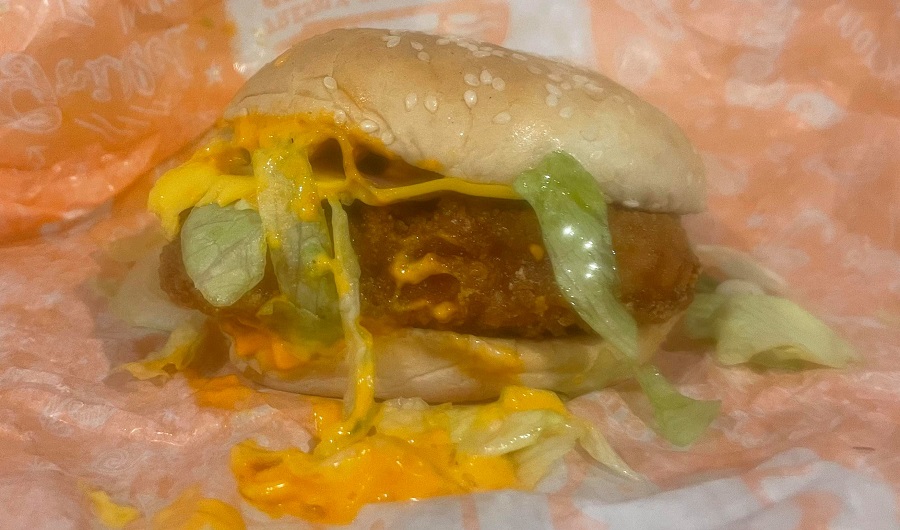 “It tasted better than its looks”

I ordered the Cheesy Bacon Spicy Jack’s Fried Chicken. When I received this, I was not aware it was meant to be 40% bigger than a typical burger from KFC but I did think “wow, that’s a big piece of fried chicken”.  It looked pretty messy, but it definitely felt bigger and was more filling than KFC equivalent. It helped me also understand why it was so comparatively expensive.

Typically, when a competing franchise launches a new competing burger, such as in the 1980s when A&W restaurants in the USA released their Third Pounder burger to compete with the Quarter Pounder from McDonald’s, they priced them the same so that you can see the value. Perhaps that is a bad example in that case, the Third Pounder actually failed as Americans thought that 1/3 was smaller than 1/4 because 3 is smaller than 4 and they didn’t understand how fractions worked. In this case, yes, the Hungry Jack’s offering is perhaps 40% bigger than the KFC equivalent, but it’s also about 45% more expensive, so you’re just getting what you pay for.

I suppose, they are just starting that it is bigger, rather than better value, so it’s not deceptive, but it’s where my mind went when I did the calculations on cost.

In terms of quality, Hungry Jack’s Fried Chicken appears to be crunchier than KFC’s offerings and like KFC, it uses real chicken breast. I generally have a preference for Brioche buns, but KFC has good buns as well. I find it very hard to say if I prefer it or not and will need to try them a few more times or both at once to get a stronger opinion. In terms of spiciness, bacon, cheese, lettuce I didn’t have any strong opinions. They all seem to be of similar quality and I’m aware that the sauce between this and of a Zinger burger is different and the breading is spicy on that. Perhaps the non-spicy burger comparison would have been the fairest comparison.

Given I’m quite big on the meat to bread ratio when it comes to burgers, such as why I prefer the Quarter Pounder to the Big Mac, then I would probably have to choose the Hungry Jack’s offering over KFC’s, but both are good.

What makes this particularly interesting is that now you can effectively get the most popular burgers from KFC and McDonald’s at Hungry Jack’s and could potentially save yourself some arguments over where to eat dinner if you can get the best of all worlds in one place. That is unless you need to go to McDonald’s for their typically superior Happy Meal toys.