The KFC Double (or Double Down as it is called overseas) is without a doubt my favourite seasonal or promotional food item that KFC does every few years.

What could be seen as a shining light for 2021, KFC has actually released the Double twice this year with it also releasing the Zinger Tower Double as a secret menu item back in February on their app. I actually missed out on this so never got to try it.

What makes September’s release extra special is that we now have three versions available including the new Zinger Pizza Double. This is particularly interesting as whilst the regular Double and Zinger Doubles could totally be made any day of the year if they really wanted, but this actually includes new ingredients that are not typically seen at KFC. That would be the pepperoni and pizza sauce. This means the Zinger Pizza Double might not be available for as long as the other two if the ingredients run out of stock.

What is the KFC Zinger Pizza Double? 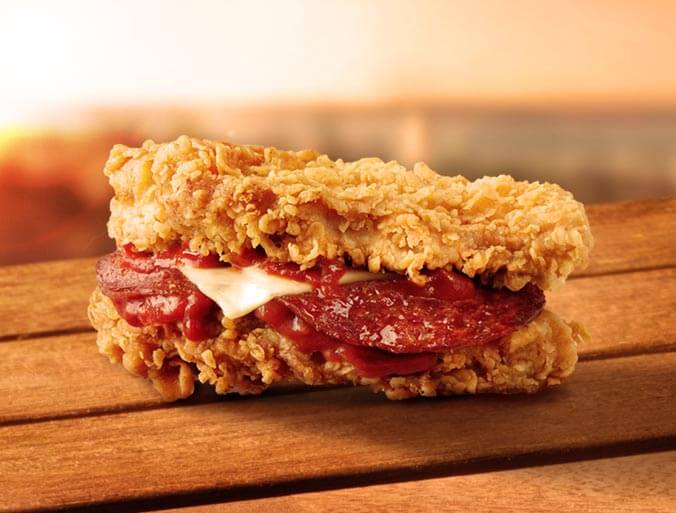 In KFC’s own words on their menu: “The Pizza Double™ is here – spicy Zingers filled with Pizza Sauce, Pepperoni slices and Cheese. But no buns hun. Not everywhere and not forever.” 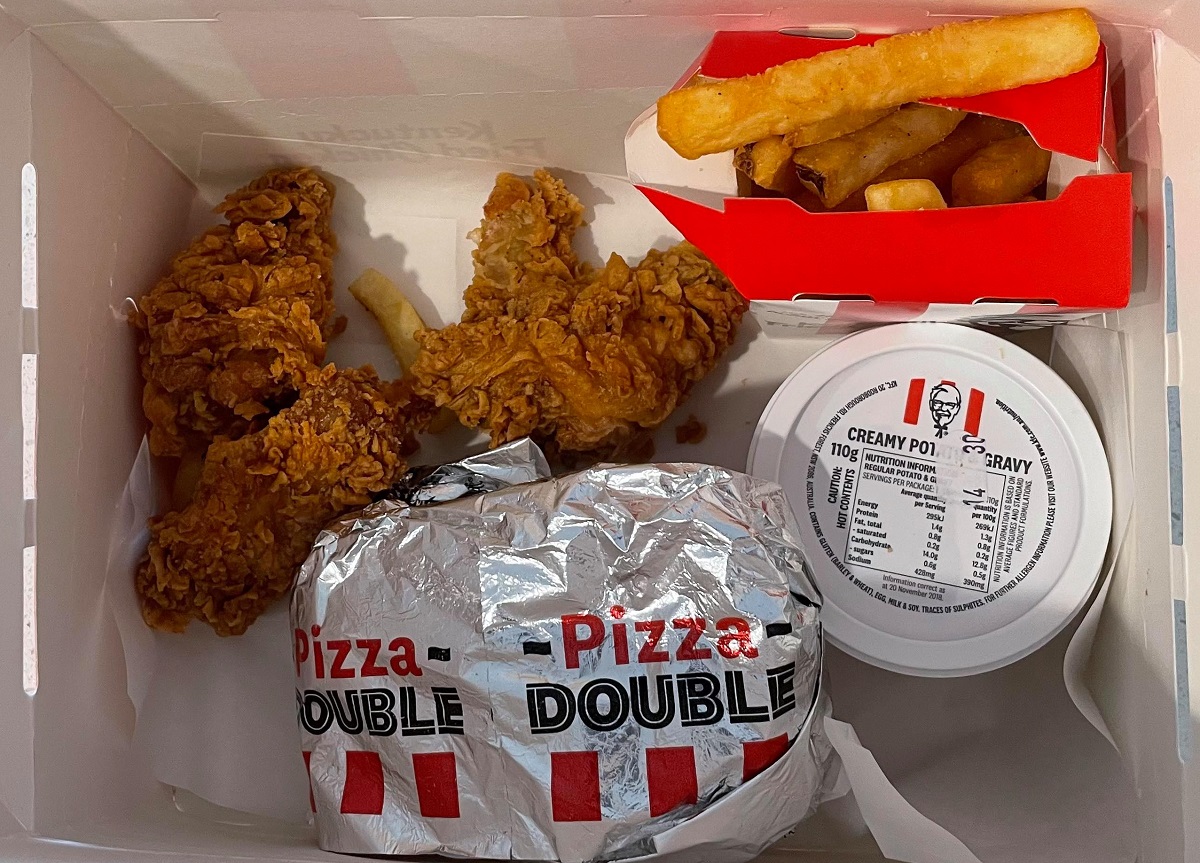 This is just as messy to eat as any other Double you have eaten in the past. I suggest trying to use the wrapper to hold this whilst you eat it or your hands will get greasy. What impressed me was that the pepperoni was cooked. I’m not quite sure how they make this, but it appears they heat the whole burger so that the cheese is melted, the sauce is warm and the pepperoni is slightly crispy. This might take longer to produce than regular burgers.

The burger was slightly spicy as with any Zinger product, the sauce was maybe a little spicy and the pepperoni was fairly mild, but it was all very enjoyable and I would definitely consider getting another. I think I’ll try the regular Zinger Double again next time though as I love the supercharged sauce.

Verdict: Yes, this is pretty good and definitely worth trying if you like this kind of thing.

Whilst we’re here let’s look at the other two Doubles available now at KFC in Australia.

How to Hold a Double

Having no bread buns means you have to hold the chicken itself, giving you greasy hands. Below is a photo my friend Nich sent me to add to the review where he added Chips to Pizza Double. 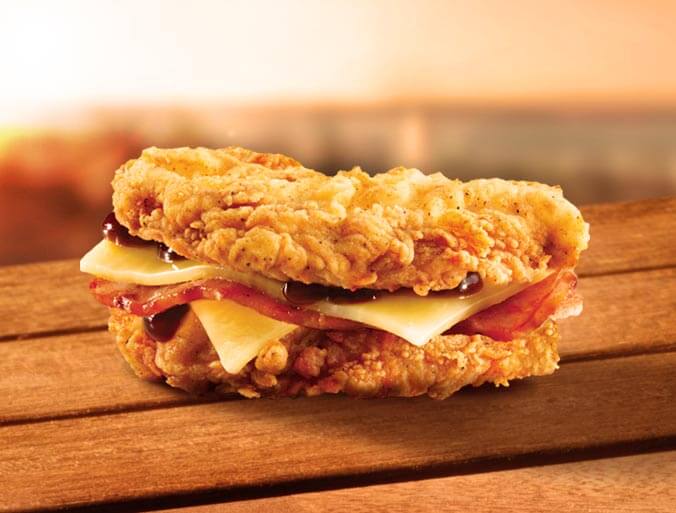 The Original Double™ is here – a juicy Original Recipe fillet with BBQ sauce, a slice of bacon and cheese. But no buns hun. Not everywhere and not forever. 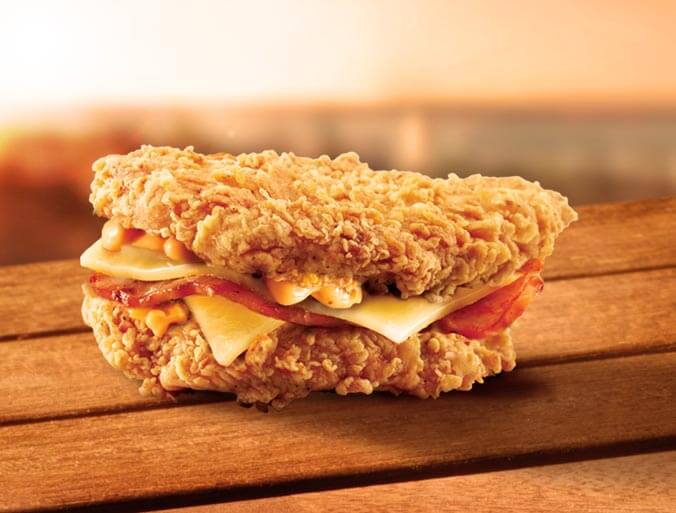 The Zinger Double™ is here – spicy Zingers filled with Supercharged sauce, a slice of bacon and cheese. But no buns hun. Not everywhere and not forever.

How to Hang Curtains on Plasterboard or Drywall