Australian supermarkets have had a growing number of New Zealand food products appear in our international aisles in the past few years. Here’s the full selection of New Zealand products I saw at Woolworths at Pacific Werribee today.

My mum is from New Zealand so I’m quite familiar with some of these products having travelled there many times over the years. Here’s what I found. 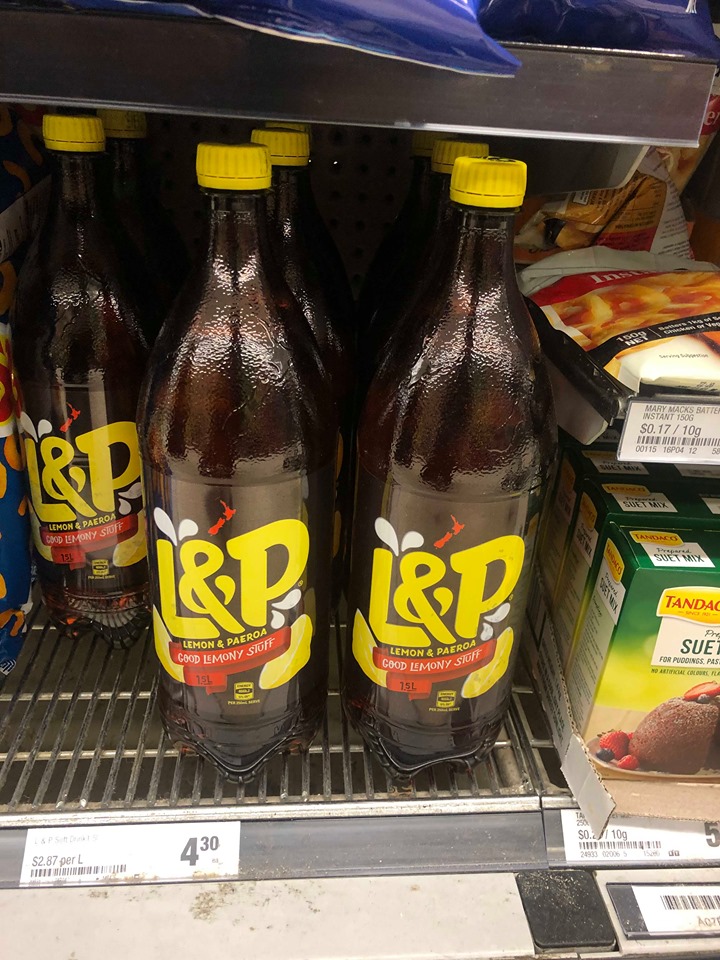 This is probably the most important item on the list, so it’s going first even though it’s from the bottom shelf. L&P – Lemon & Paeroa is good lemony stuff and definitely the most iconic New Zealand soft drink. 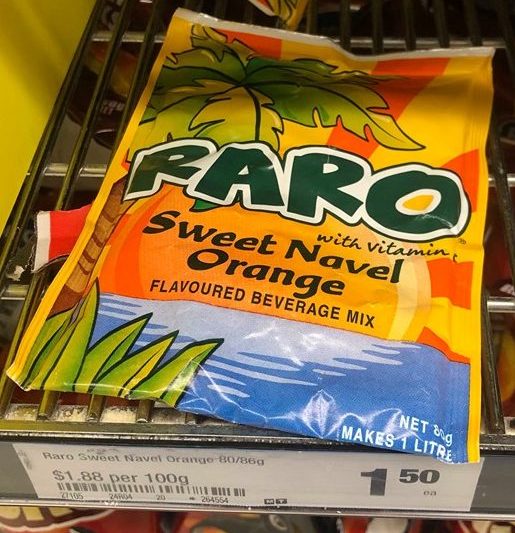 I don’t think I’ve ever had this before, I guess it’s a cordial. 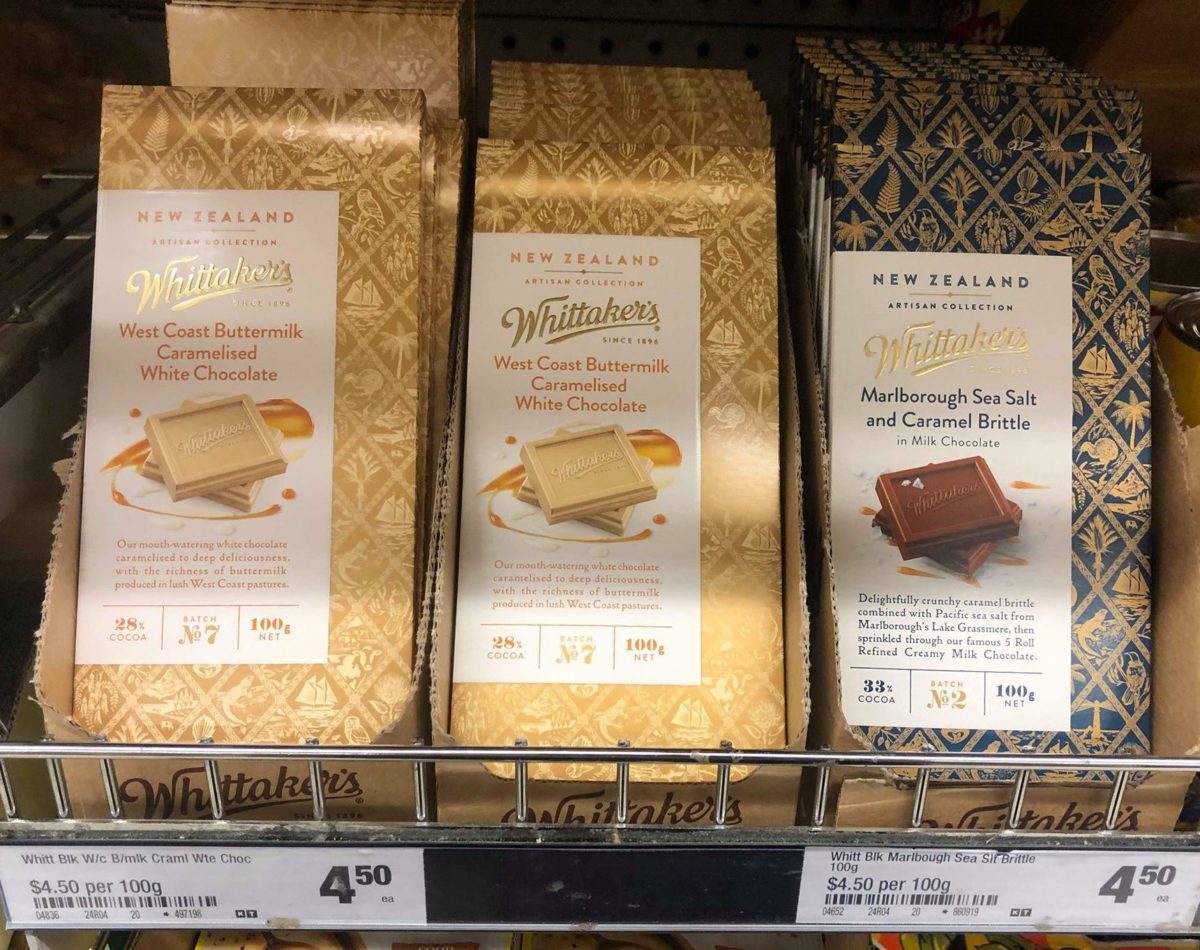 Whittaker’s is a great chocolate brand. We only get two of their New Zealand products in Woolworths stores. The West Coast Buttermilk Caramelised White chocolate is a great alternative for when the Cadbury Caramilk is sold out.  The Sea Salt and Caramel Brittle is good too but not really for me. 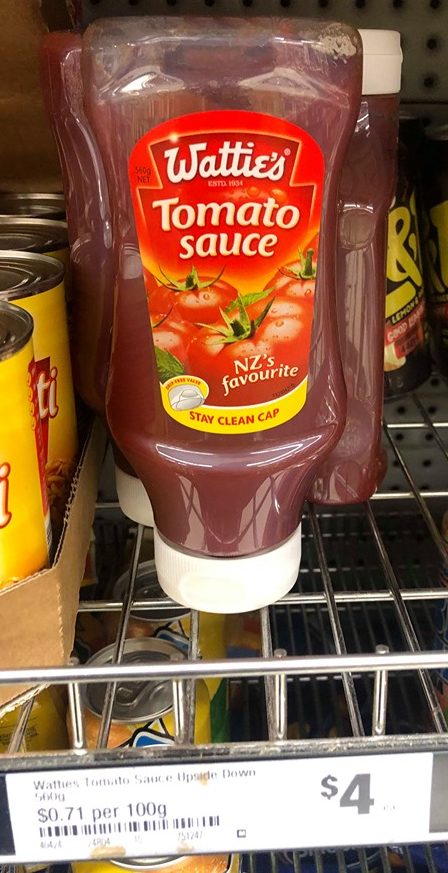 It is only now that I realise that Wattie’s doesn’t  exist in Australia anymore. It seems to have been bought by Heinz. I don’t really eat tomato sauce but it’s good to know kiwis can get their go-to sauce here if they need it. 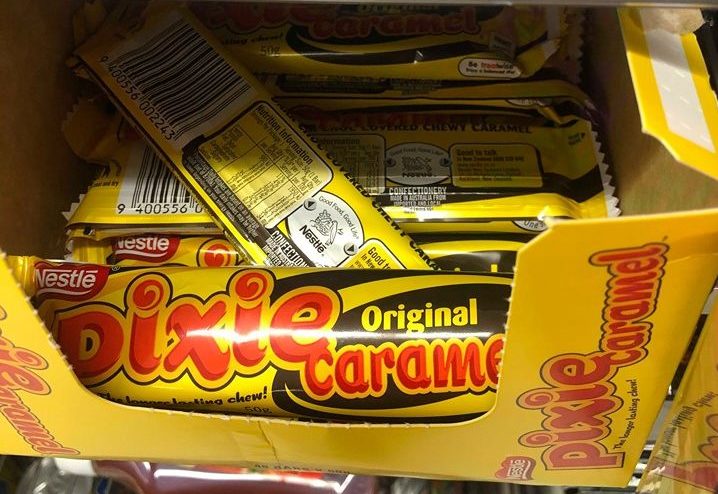 I’ve never had these. I’m not really into caramel chocolate bars, but maybe you are! 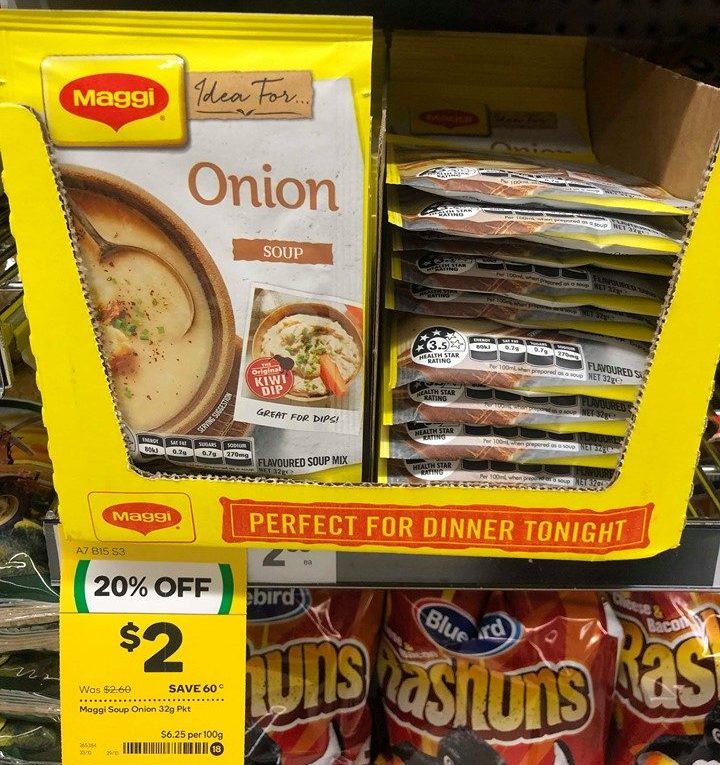 Whilst there are other onion soups available, this is the one New Zealanders prefer for making dip with. 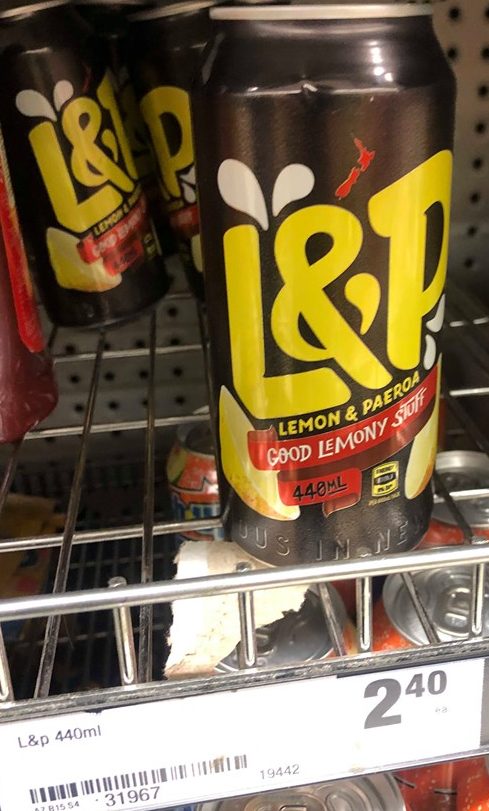 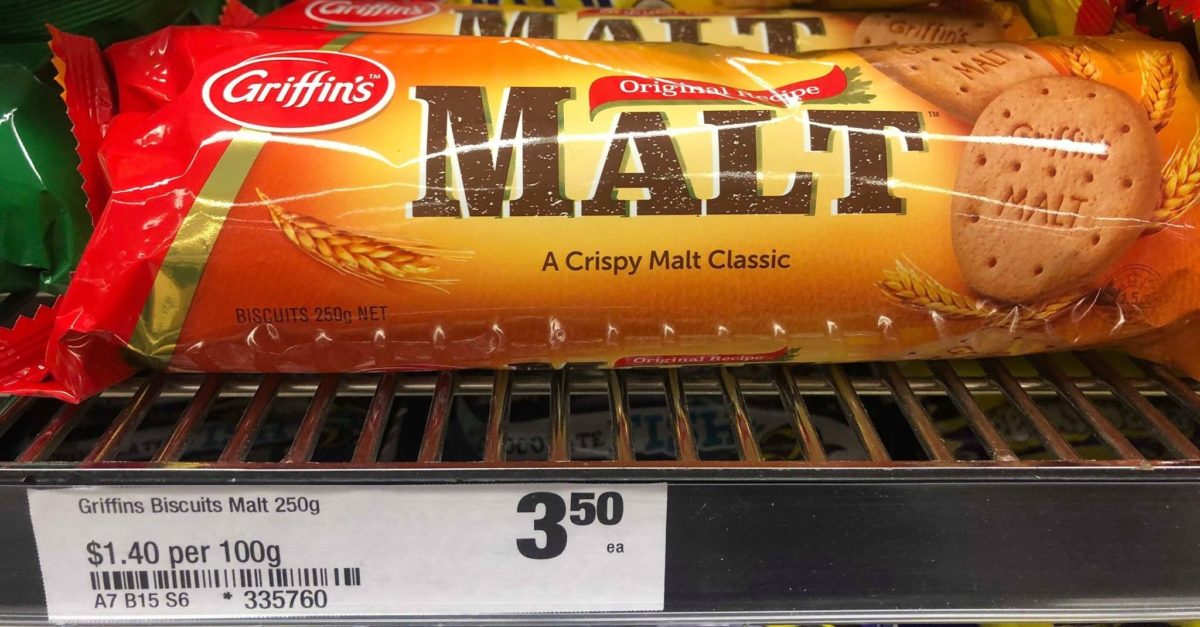 These are essential for making “lolly cake” which is one of the greatest foods to come out of New Zealand. I’m not sure if Australia has the right lollies to go into it. 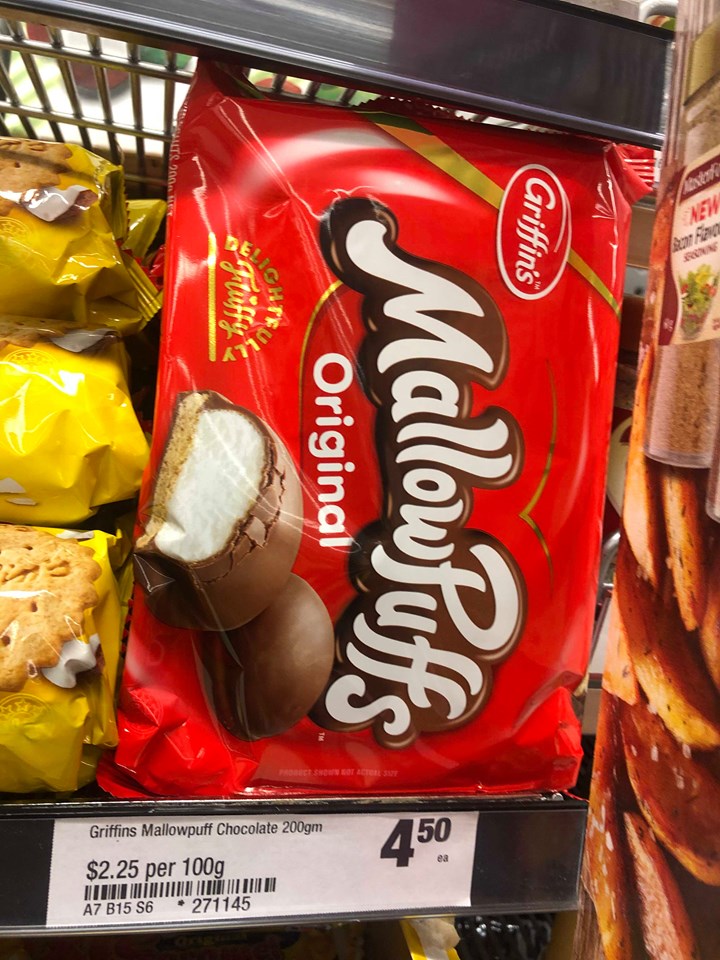 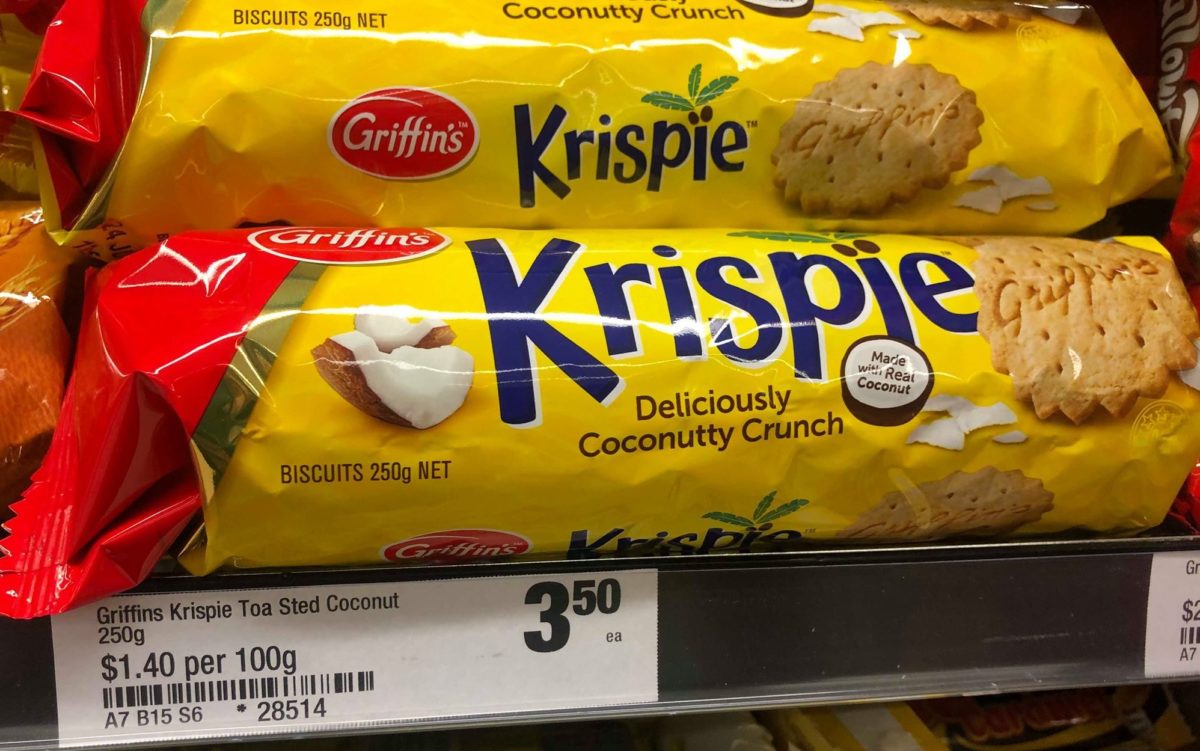 I’ve never had these, they don’t sound very interesting to me, but must be good if we import them. 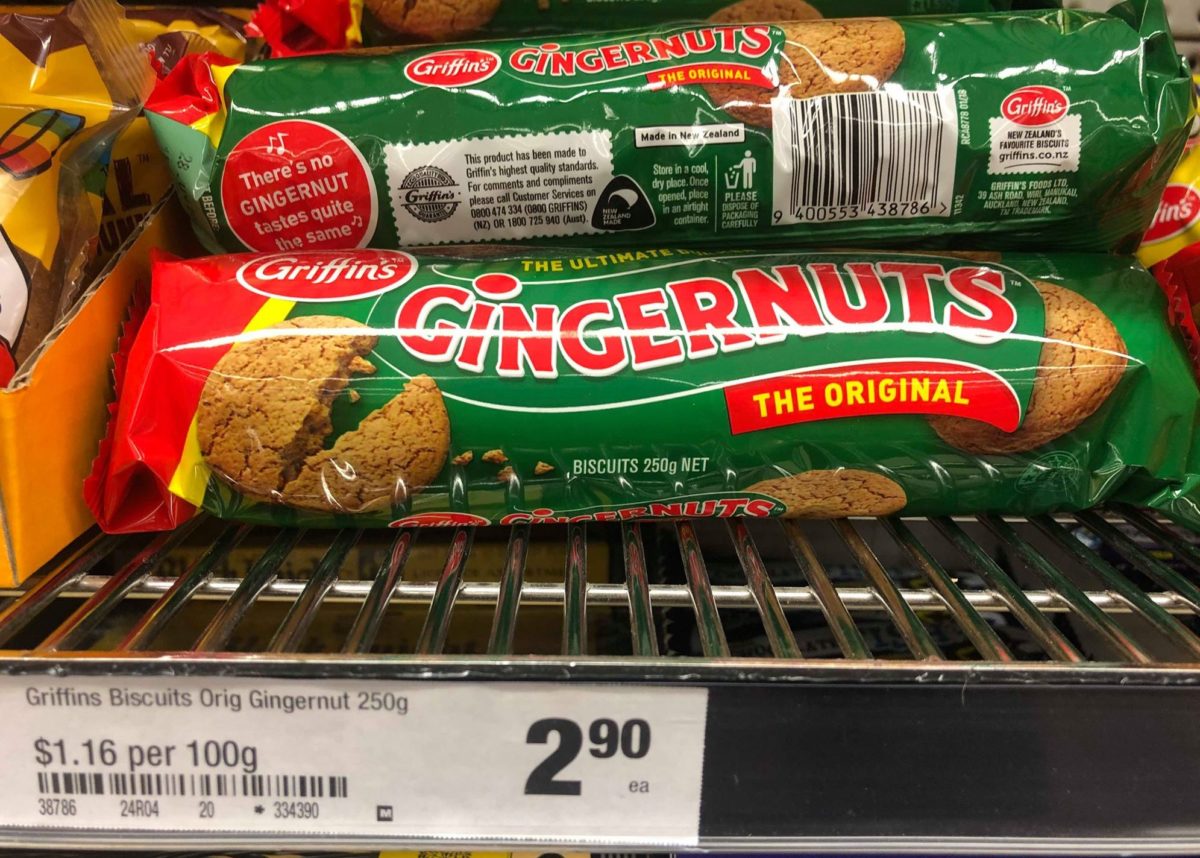 These are definitely better than any other gingernut biscuits I’ve had.

Fresh Up Apple and Orange 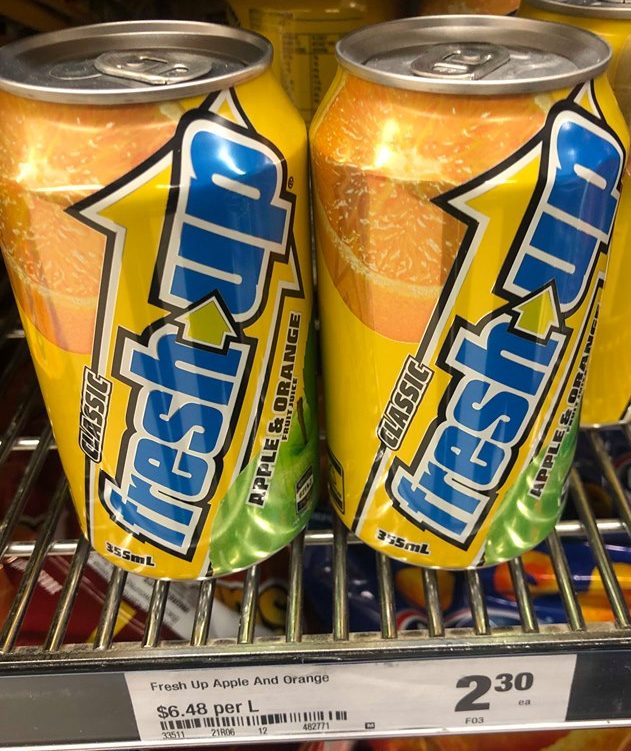 I’m not familiar with this, sounds kind of boring. Fruit drink in a can? Is that just watered down juice? 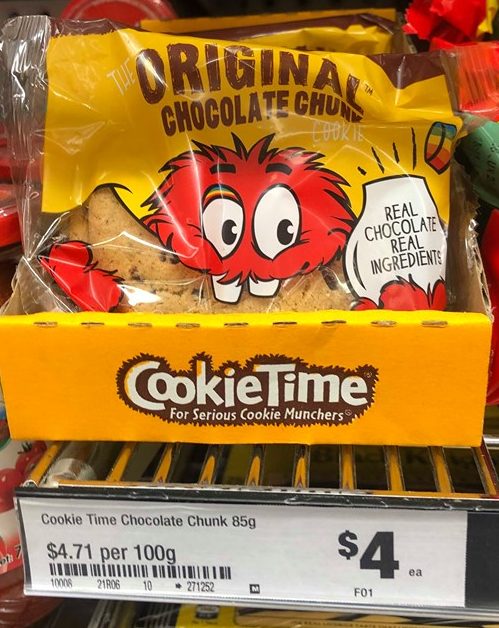 I haven’t had these before, but for $4 each you’d hope they are good. 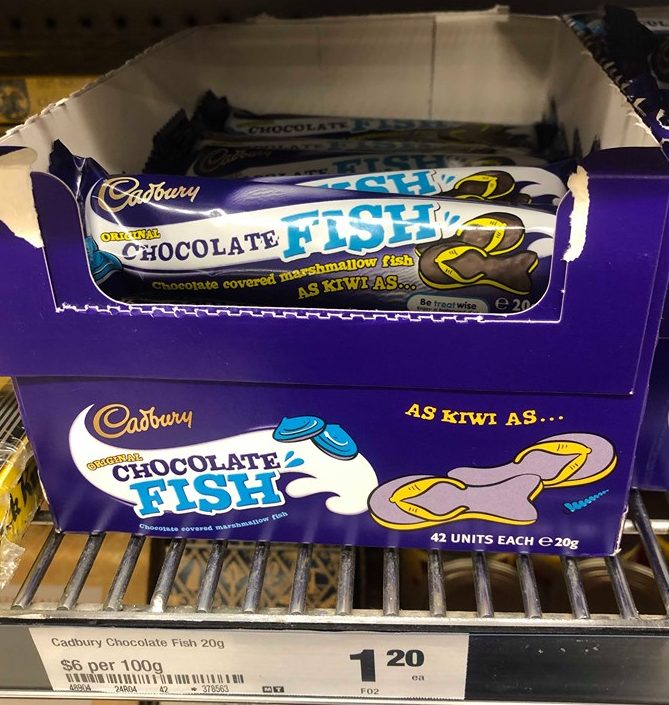 These are basically just marshmallows shaped like fish covered in Cadbury chocolate. These are great if you like marshmallows. Not really sure why the packaging looks like fish-shaped thongs though. 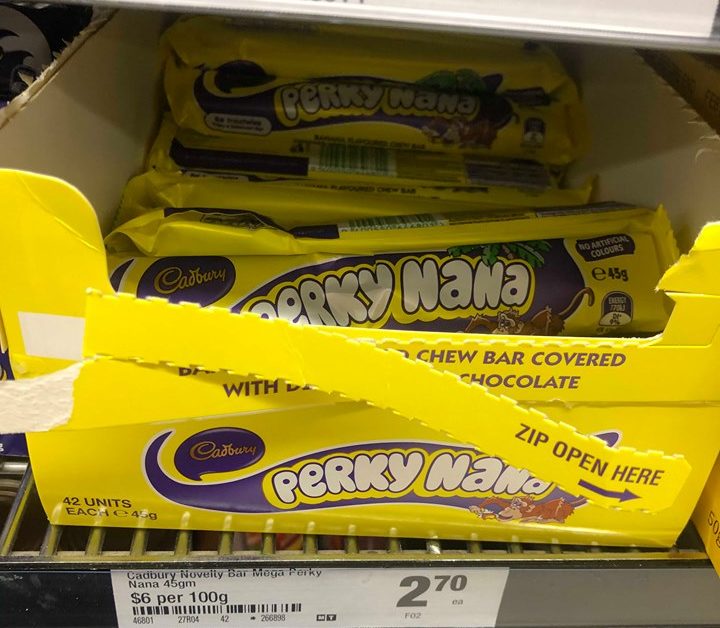 These are marshmallows covered in a layer of thin Cadbury chocolate similar to the Chocolate Fish, except these are banana flavoured. I’m not a big fan of artificial banana confectionary, but if you’re into this, check it out. 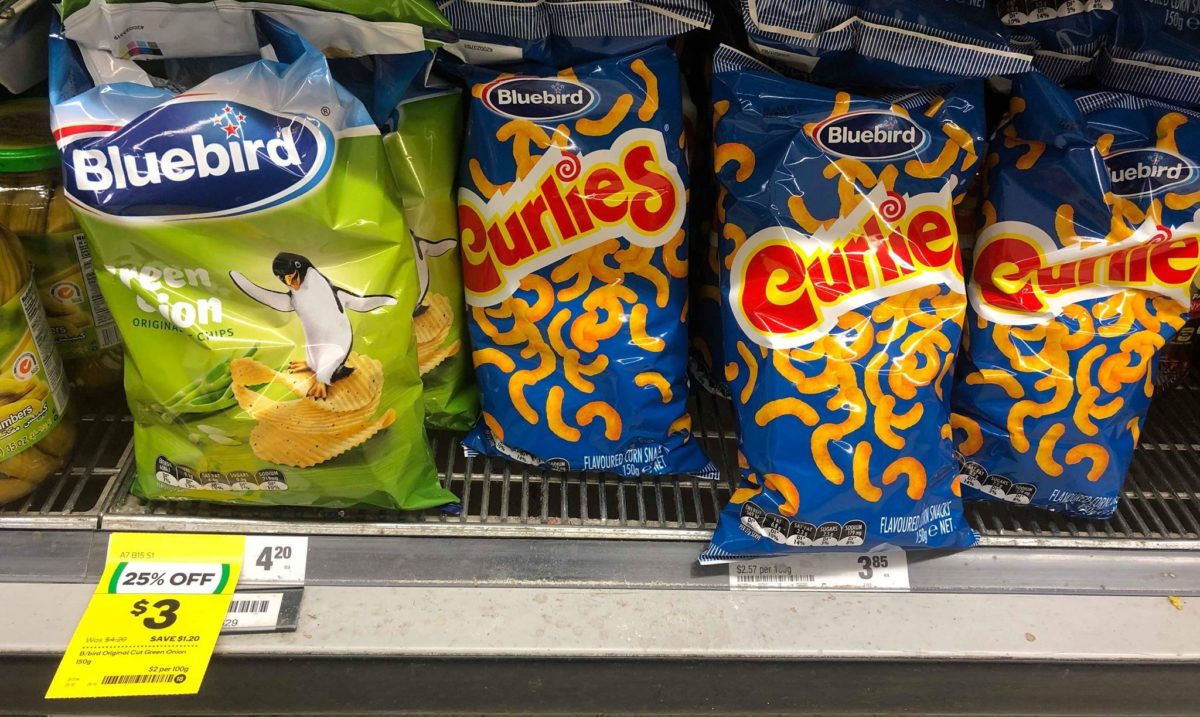 These are both good chips. Check them out. 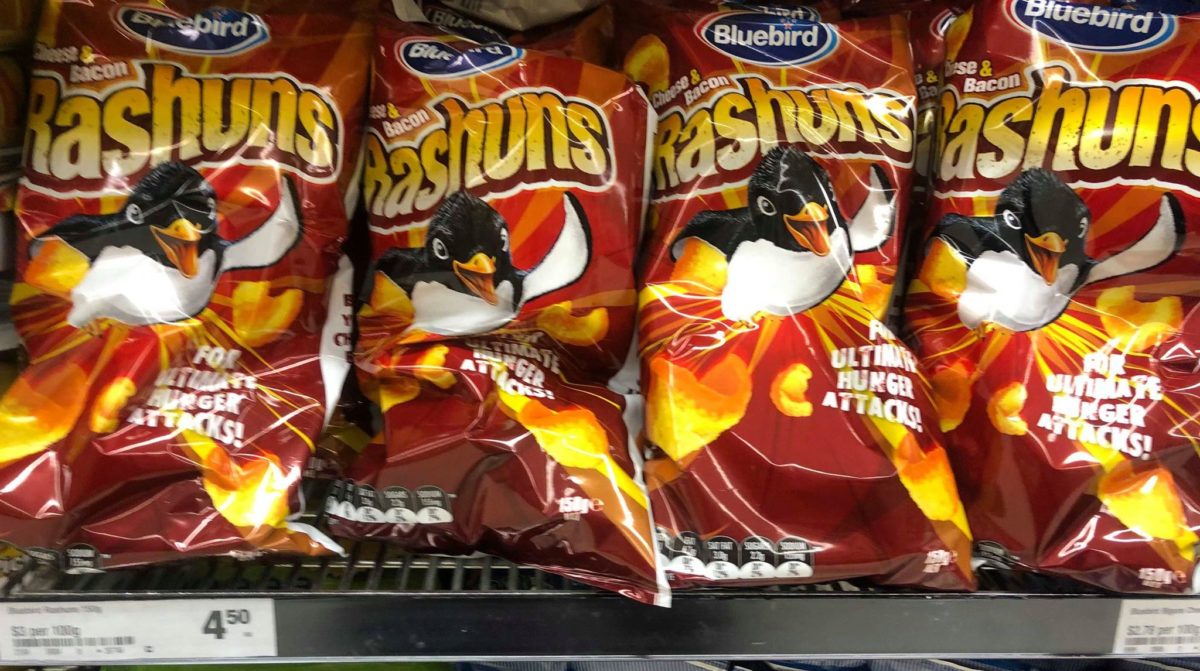 These are like cheese & bacon flavoured Cheezels or something. They are great. Go try them. 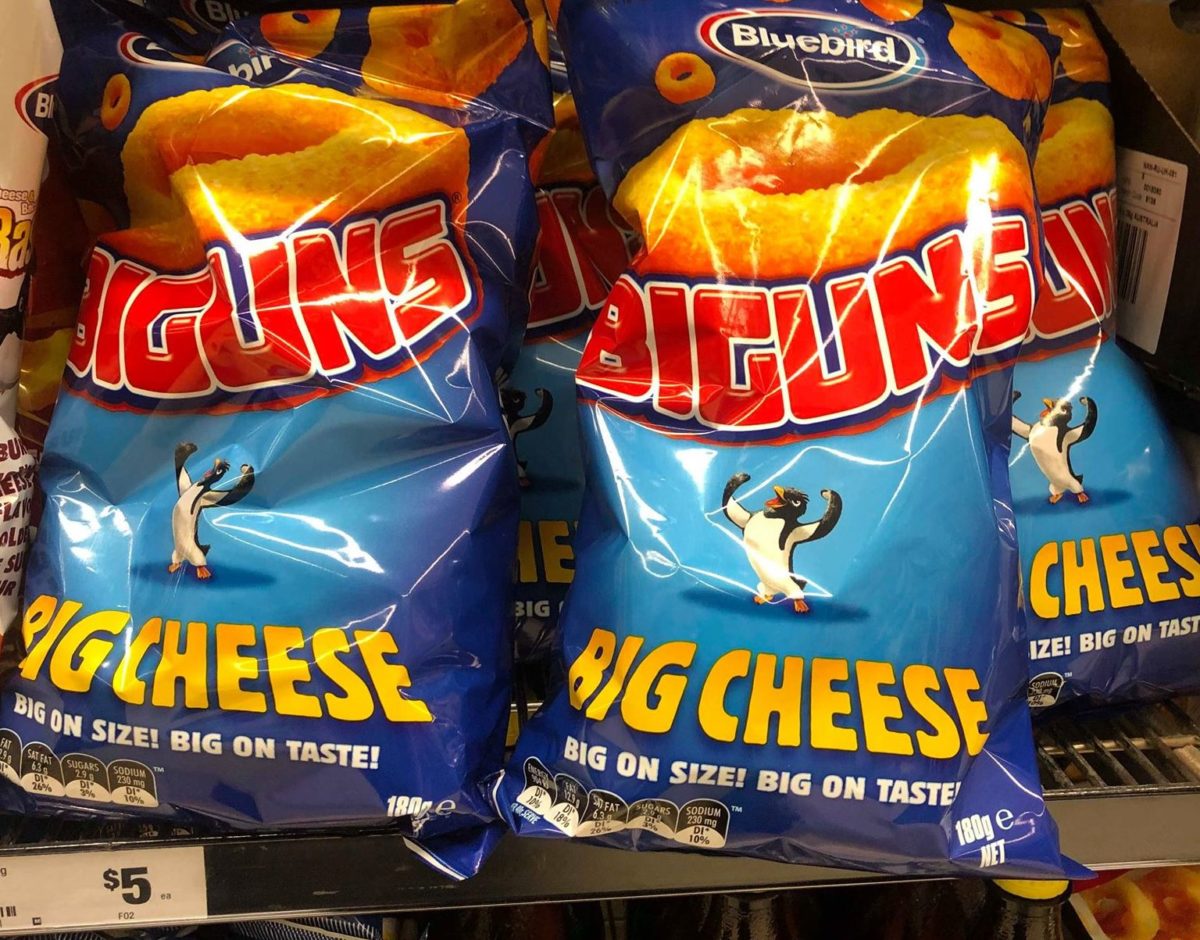 Pretty sure these are quite similar to our Cheezels. I don’t think I’ve had these before, but I’m sure they’re good. 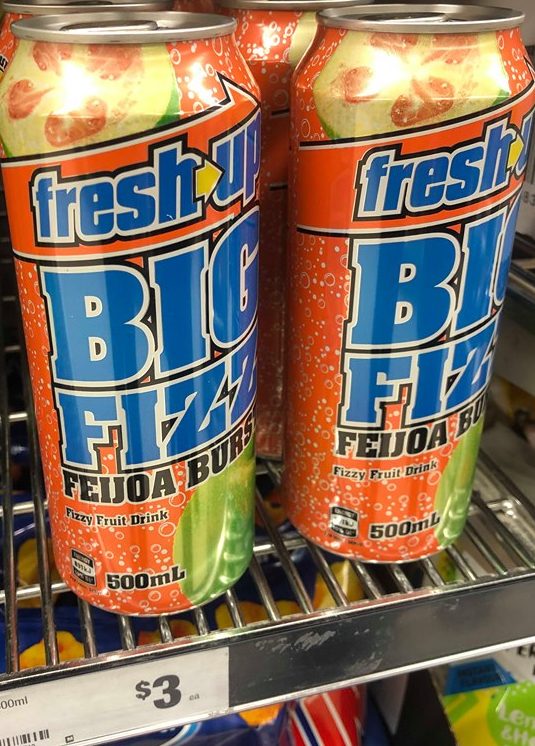 I love Feijoas. I hadn’t noticed this drink before but I bought this.