Why Do Cats Follow You Into The Bathroom And Other Places?

We have two cats, Ronald and Ed. Ed, the kitten we adopted earlier this year sleeps in our bedroom, whilst Ronald is usually left in his bed in our laundry as he has recently started spraying around the house when left unsupervised.

I’d never really noticed it before, but Ed, in particular, is obsessed with following Kayla into the bathroom. Yes, this is also where his litter is and where we feed him, but he always wants to go in there when she’s showering or doing something else. He also wants to come in when I’m in the other bathroom, but I don’t let him in. My bathroom does not have food or anything for cats in it. Even Ronald likes to try and get in there whenever the door is left open.

We don’t own a dog, but whenever we’ve dog-sat for people, we never noticed such a fascination with bathrooms.

I did some research into why do bathrooms appeal to cats so much and here’s what I found:

Cats love bathrooms, though not necessarily for reasons you expect

That age-old stereotype of cats getting reactions from cold, lucid waterscapes holds some truth—but only some. 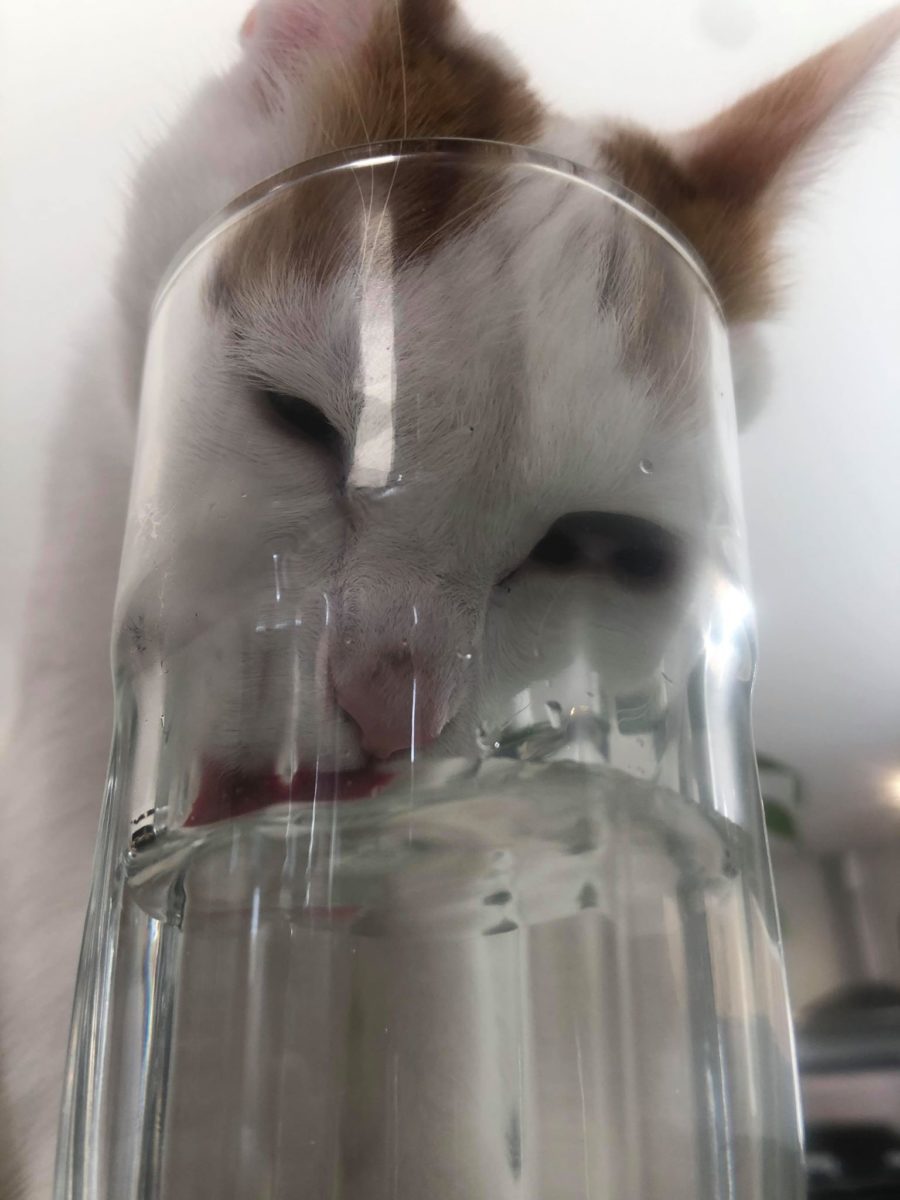 Ed is always wanting to get water, even when it isn’t his.

Most of all, like any room, the bathroom is a playground, with lots of vertical space for them to climb on, such as the toilet, benchtops and even the shower itself. Yes, Ed once somehow got onto the top of the shower frame. 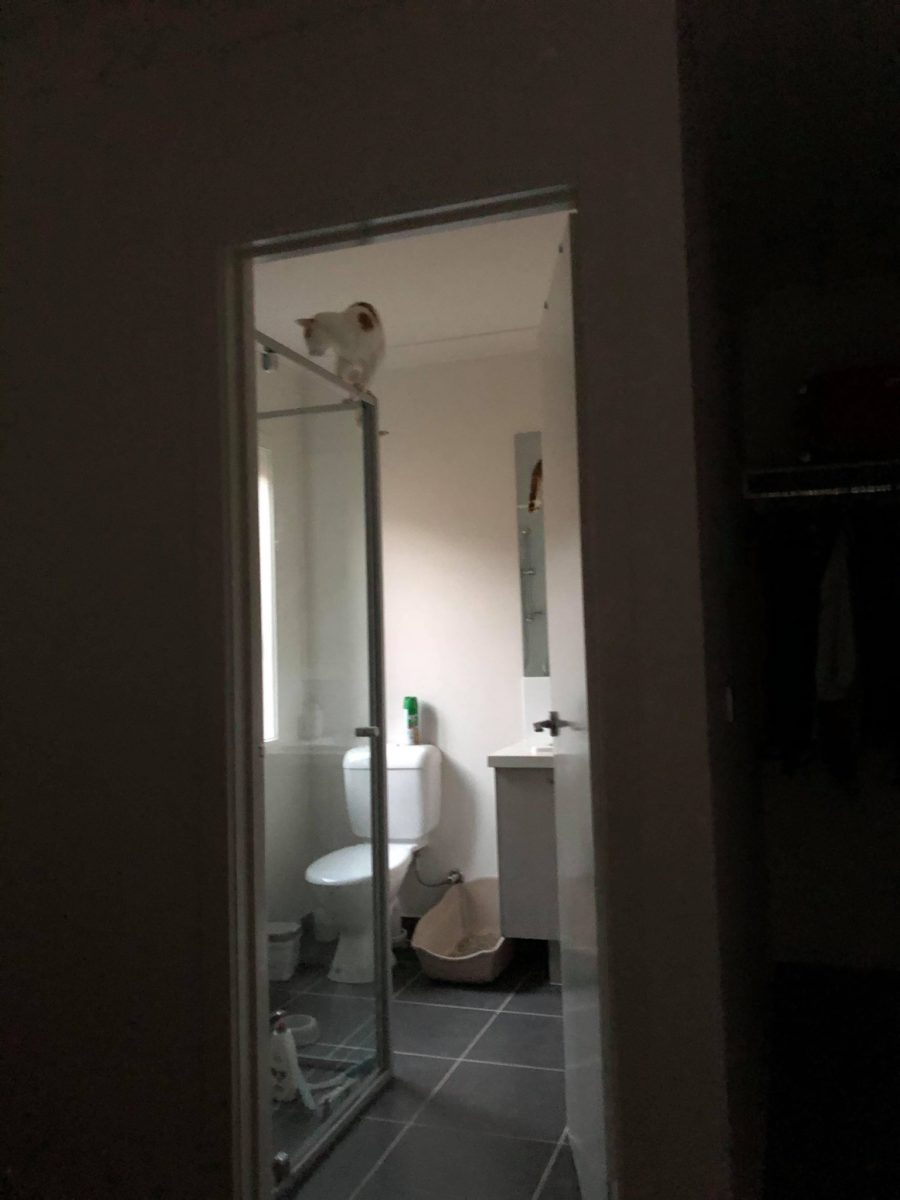 You see, cats are far more mobile than dogs (particularly, due to their spine mobility):

But Are There Secret Agendas That Cats Have That Dogs Don’t?

Some people think that cats only treat you like a tour guide to their new home of playthings and food–not exactly, but it’s not far off.

To paraphrase a genetics professor from Washington University, “cats are semi-domesticated”.

This means, that for plenty of years, cats have retained a balance between two things:

Dogs, on the other hand, have been domesticated (it means “of the house”) far longer by humans, from their wolf ancestors.

Based on history and science, dogs understand and play around with humans more knowingly, almost like they know when you feel gloomy and want to cheer you up.

But the parts that cats do share with the dogs?

For one thing, if a cat finds it is safe to join you for dinner or follow you into the bathroom, it leaves some kind of mark (similar to a dog): it greets you when you come home, and it goes off to do its business.

Not exactly a picture of homecoming, but it has its charms.

You could argue that cats have enough charm to make you consider, that despite their wildness, cats have a special place in any home.

No special agenda from cats then, except for a few understandably hair-trigger moments when they feel threatened—quite understandable if you think about it.

Cats Are Ever Curious, And That Is Deserving Of Our Attention

In summary, it turns out that cats follow you around for similar reasons that dogs do:

But, to the surprise of many dog lovers out there, these little tidbits help to remind people that cats have their special process of going about things: above all, curiosity.

If you are stuck with a few cats around the house or happen to not like them, it is probably a good time (as any) to get to know them, and follow them around for once—they’re home to surprises.