Does KFC Still Sell Krushers Drinks? No, But Here’s the History & Recipe

It has been nearly three years now since the world was robbed of one of the things most precious to us. An object more valuable than the Holy Grail itself, bringing joy to millions of Australians for an entire decade. I’m talking about none other than the KFC Krusher (and not Crusher – they use K for things here at KFC).

KFC released the Krushers in 2009 to an initial mass fanfare. On release, they were well-reviewed and unique in the fact that none of the other competing fast-food chains in Australia had anything like it. McDonald’s had the McFlurry and Hungry Jack’s had the Storm which was both identical but the KFC Krusher was different.

And different was good. 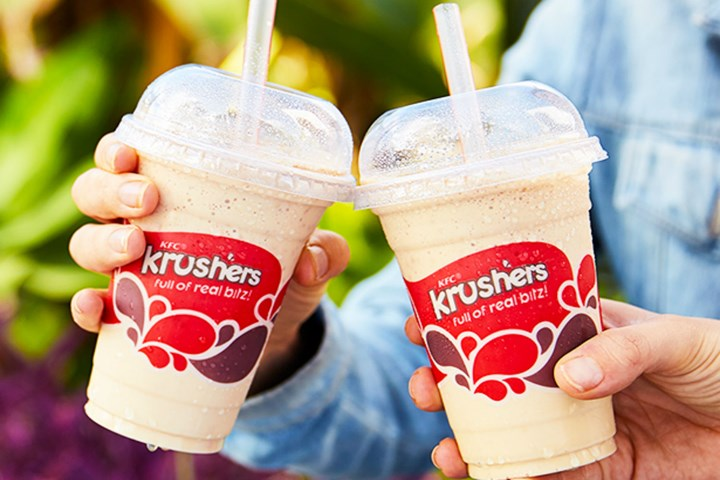 I can’t quite put my finger on what it was but I remember walking to my local KFC as a teenager with some friends with Krushers being the focal point. I was extremely fond of the Kookie’s and Kream Krusher myself. The flavour was great. Refreshing. Cold. The best description that I could give was that it was similar to drinking biscuits and ice cream. Everything from the plastic cup with the open lid that seemed to always come loose to the extremely wide plastic straw that drove fear into the endangered populations of Sea Turtles globally, the memory will live with me forever.

What Were KFC Krushers Drinks?

For those unfamiliar with the Krusher or what it actually was, let me krush it down for you. It was like a loaded thick shake with a base of ice cream, crushed ice and milk. Then other crushed sweets were added to it, topped off with a squirt of flavouring. The sweets and flavouring were all dependent on the type of Krusher you wanted. So, what flavours were there?

4 staple flavours seemed to live on throughout the entire 10-year lifespan of the Krusher. These were known as the ‘Classic’ Krushers which consisted of:

However, on release, there were three distinct types of Krushers you could order. Alongside the ‘Classic’ range, the release included the ‘Fruit’ and ‘Smoothie’ Krushers. The Fruit Krushers consisted of a mixture of ice cream, crushed ice and crushed mixtures of mango and berries whereas the Smoothie Krushers seemed to rely more on mixtures of yogurts and fruit pieces.

The Fruit and Smoothie Krushers didn’t seem to last long. I haven’t been able to pinpoint a set date that they were removed from the menus of KFC in Australia but it seems to have been a staggered removal only within a few years of release. The Classic range however lived on.

It all came krushing down though. As soon as it came, it felt like it left. After nearly 10 years in late 2018, I remember going to KFC and ordering my beloved Krusher only to be told they weren’t available. I thought to myself “maybe the machine is being cleaned” which was an annoyingly common occurrence. But the next time I returned to KFC, it was still unavailable. A week later, all advertising had been removed followed by the fateful day the machine which served me countless litres of liquid joy in a plastic cup was removed from the counter.

Then the news began to spread. Reports all over Reddit and Facebook of the KFC Krushers being removed ran fierce. From Port Adelaide to Brisbane, from Perth to Sydney. People were reporting that Krushers were no longer being sold. It started with individual flavours at first, the most popular one being the Golden Gaytime as the first to leave us and quickly followed by the rest. 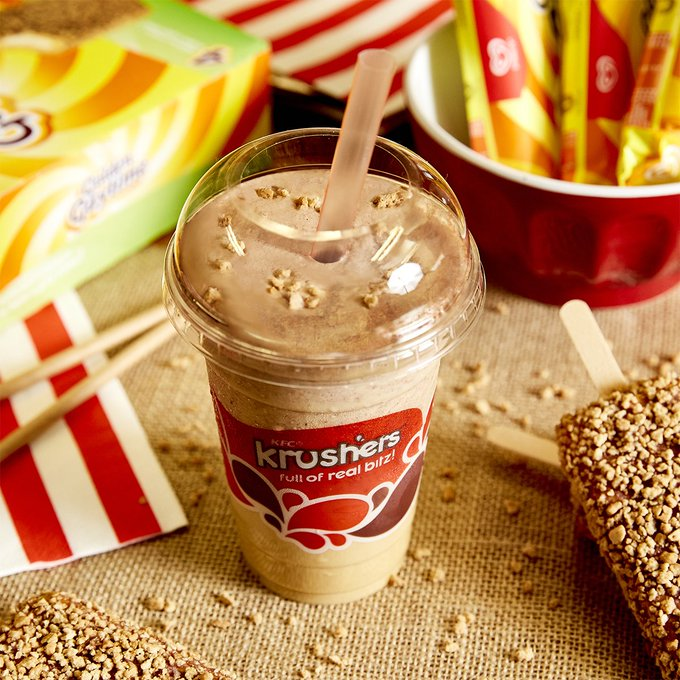 From there, news reports soon emerged alongside a media release from the CEO of KFC Australia stating that the Krusher has been pulled from the menu.

Facebook lit up. There were thousands of posts on the Official KFC Facebook Page demanding the Krushers be brought back. Petitions circulated. Numerous posts on all forms of social media. But it was to no avail.

The Krusher was gone.

Unfortunately, as ad revenue was placed into other new products popularity on the product began to dwindle. Apparently, there was also a growing discontent among franchisee owners with the time it took to not only mix the Krusher but the time it took to manually clean the machine every night. These combined ultimately krushed the Krusher.

To this date, I haven’t been able to find anything like it sold in stores. Over the past 24 months, numerous fast food outlets and chain stores seem to have popped up all over the place but none of them has any items that come close to capturing that feeling the KFC Krusher used to bring me.

Thankfully though, numerous people have recaptured the method used to create the Krusher and while they may not be exact they come pretty damn close.

If you want to make the Kookies and Kream Krusher yourself, here’s how to do it!

What were your fondest memories of the KFC Krusher? What was your favourite flavour?

Be sure to let me know!

What is a Habitable Room? Examples and Definition