Pizza Haven was a large Australian takeaway Pizza Chain in the late 1980s and 1990s which also had locations in New Zealand. I remember it being pretty similar in style and presentation as Pizza Hut did at the time and from memory and I don’t personally remember having a preference for one or the other in terms of quality. I suppose as a kid, I’d have chosen Pizza Hut as it often had promotional toys and I also loved the dine-in Pizza Hut locations. 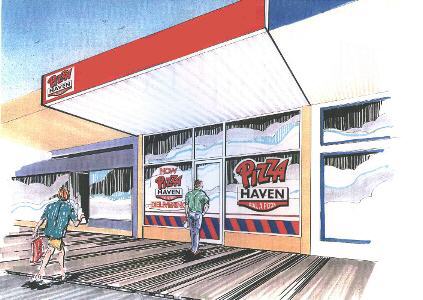 What Happened to Pizza Haven in Australia and New Zealand?

How Pizza Haven Described Itself on Its Website in 1997

Pizza Haven’s business is predominantly home-delivered pizzas, supported by a variety of side dishes. The Pizza Haven stores also incorporate a takeaway facility for customers.

Pizza Haven opened its first store in the Beachside suburb of Glenelg in Adelaide, the state of South Australia on the 23rd day of October 1986.

Today Pizza Haven has a comprehensive network of over 200 outlets throughout Australia, New Zealand and Thailand.

Each Pizza Haven pizza consists of freshly-made dough, topped with the customer’s choice of fresh toppings, fresh vegetables, and cooked to order.

How Pizza Haven described itself to investors or franchisees in 2001

Pizza Haven has always stood out for being at the cutting edge of the industry and has pioneered many of the innovations that are commonplace in the pizza business today, including:

Today, Pizza Haven has one of the most advanced marketing programs in the pizza industry.

Pizza Haven spends over five million dollars per year on its Advertising Program and is determined to keep the Pizza Haven brand at the top of the consumers’ minds.

Pizza Haven’s advertising is based upon an innovative TV campaign, challenging the boundaries of traditional fast food advertising and actively targeting the younger market through humour and the unexpected.

Pizza Haven backs up its television commercials with a range of other successful advertising activities, designed to make Pizza Haven stand out from the crowd.

Unlike the advertising of its competitors, Pizza Haven thinks out of the square, a strategy that has seen the chain develop as one of the most recognisable brands in the fast-food industry. 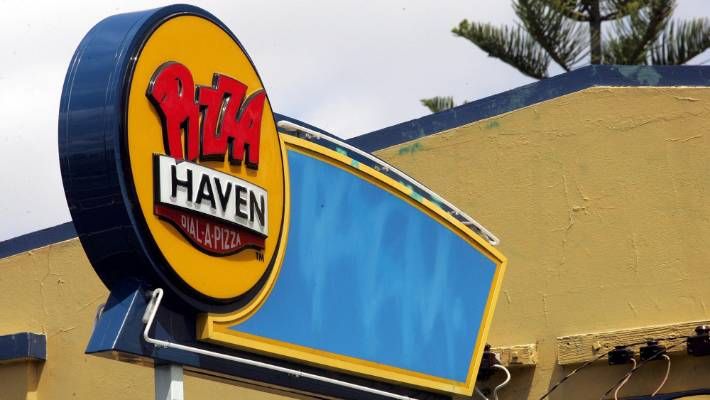 The Pizza Haven story began in 1984 when brothers Evan, Louis, Bill and Gabriel Christou started their own business. With little more than the desire to succeed and the energy to work hard, the four brothers embarked on what was to become one of Australia’s greatest fast food success stories.

With the aid of a $24 000 mortgage over their parents’ home, the brothers opened the doors to their first Pizza Haven outlet at Glenelg in Adelaide. Employing 12 people, the four brothers were active in the running of the business. From day one, each took turns to clean, serve and make the pizzas.

Coming from a strong family background, working hard and working together came naturally and to this day it is these values on which they base their company philosophy and attribute their success.

Taking on the big boys

The brothers knew it wouldn’t be easy. At the end of day one a quick glance in the till was all that was required to count the takings for the day – a total of $57. For some, this would have been disheartening, but not for the Christou brothers. Despite their backgrounds (Gabriel and Bill had experience in fast food but Evan and Louis were schoolteachers) they were budding entrepreneurs and were not afraid of taking on the big boys of pizza.

Their $57 grew quickly as they explored new ways of improving the business – introducing delivery as well as pick-up, pioneering a computerised fast-food delivery system and developing and perfecting the dough used to make all of Pizza Haven’s pizzas today. The result – a proven, successful business formula. A formula that has transformed a small pizza restaurant into one of the largest pizza chains in the Australasian region. Today Pizza Haven employs more than 6000 people and generates over $120m in gross sales per annum.

What’s in store for Pizza Haven?

Pizza Haven won’t be resting on its laurels. Operating in a fiercely competitive market, the company refuses to compete on price alone and is setting about introducing new standards to the Pizza Industry focusing on quality and service – the individual values that have made Pizza Haven what it is today.

New initiatives such as Pizza Haven to Go, the Certificate of Excellence Training Program and the Cosmo 2000 Store Refurbishment Plan are indicative of Pizza Haven’s commitment to growth as well as to its franchise owners, employees and customers.

Take a slice of the action

The Christou brothers, Evan, Louis, Bill and Gabriel and their achievements are an inspiration to small business owners. It’s possible for you too to be a part of this success. Pizza Haven is always on the lookout for new franchise owners, and offers real opportunities for developing your own business according to the proven formula developed by the Christou brothers.

Hand Stretched only.
All pizzas are topped with Mozzarella Cheese.
Choose from Traditional Tomato, BBQ or Chilli Sauce.